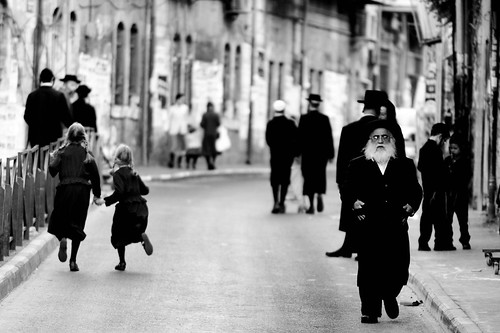 Mea Shearim was established in 1874 as the second settlement outside the walls of the Old City by a building society of 100 shareholders.[4] Pooling their resources, the society members purchased a tract of land outside the Old City, which was severely overcrowded and plagued by poor sanitation, and built a new neighborhood with the goal of improving their standards of living. (c) Wikipedia

Jews may often be seen sitting for hours at the Wailing-place bent in sorrowful meditation over the history of their race, and repeating often times the words of the Seventy-ninth Psalm. On Fridays especially, Jews of both sexes, of all ages, and from all countries, assemble in large numbers to kiss the sacred stones and weep outside the precincts they may not enter.
Charles Wilson, 1881 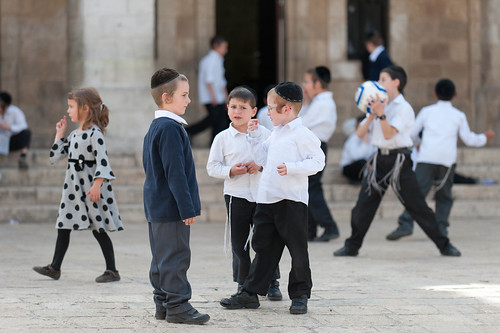 Walking through some parts of Jerusalem it's like a time shift ... 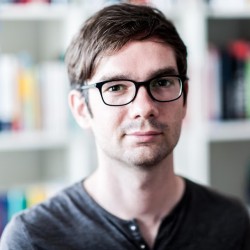